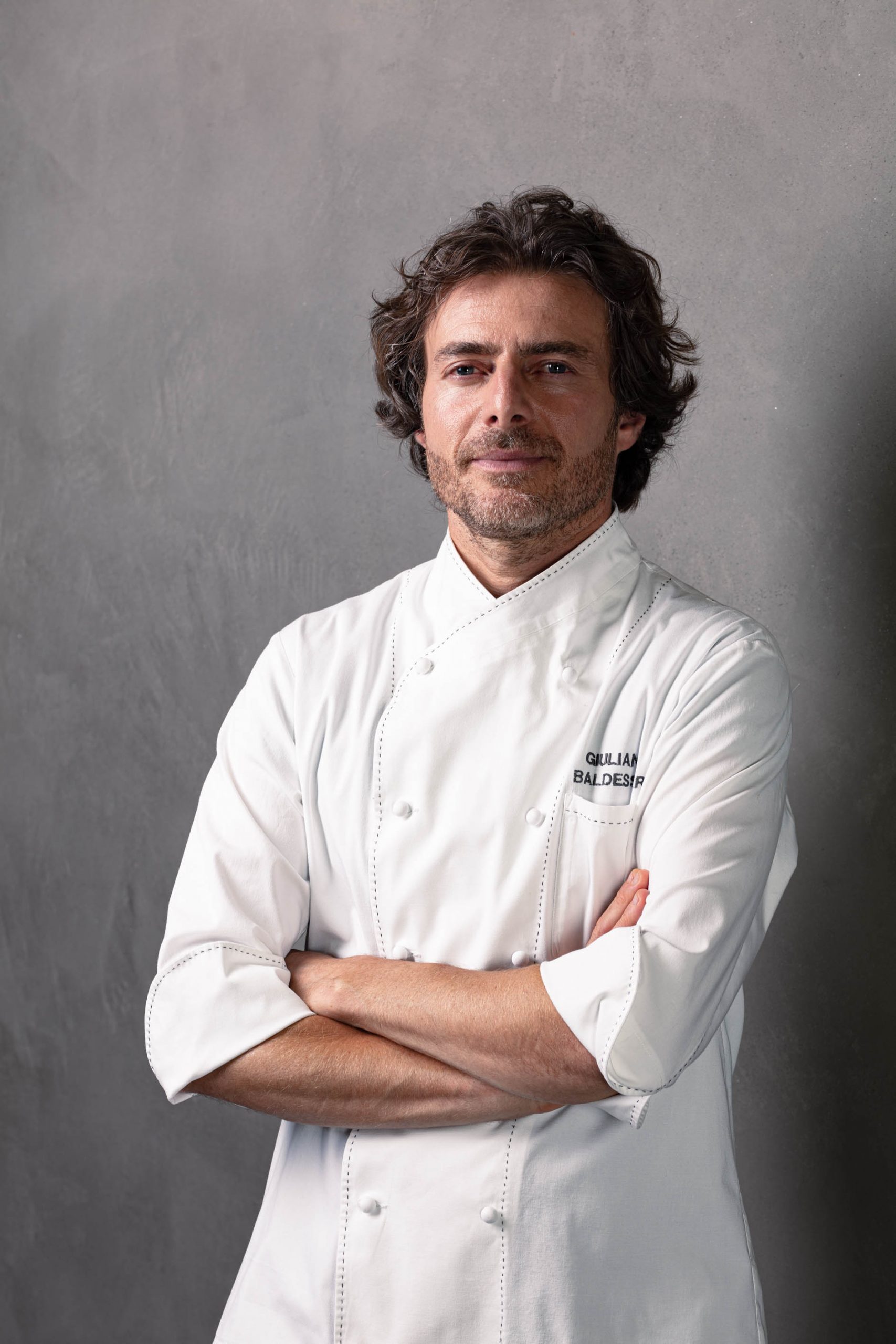 Giuliano Baldessari is born on October 16, 1977 (a Libra) in Roncegno Terme, a small town near Trento, Italy. He was conceived unexpectedly after a local festival.

He has a sister and a step-brother, but they don’t get along well.

He grows a very lively and imaginative child. To deal with that, his mother uses to let him play outside all day so he would get tired. He loves staying in his garden and letting his imagination flow: he digs holes and build small dams, he burns, he takes things apart and then re-assembles them, erects houses, and so on. As a natural leader, he also engages other children in his adventures, and they often would get in trouble for that.

School is not the ideal place for an eccentric kid like Giuliano, who lets his instinct guide his moves. Speaking of instinct, his mother and his teachers often have to look for him on the way from home to school only to find him pursuing one of his unusual adventures: fishing barehand in the stream, catching small wild creatures and insects, or even trying to sell berries and fruits or his dad’s belts in an improvised stand along the street. One time they even found him wandering around in the rain with a rhubarb leaf on his head to protect himself.

Collecting mushrooms with his father was one of Giuliano’s favorite hobby. His dad taught him where to find the best mushrooms and which ones he must avoid. Most importantly, his dad taught him to respect and cherish the woods and Nature as a whole.

His happy childhood has a sudden stop when Giuliano is an early teenager because of his parents’ divorce, due also to his father’s addiction to alcohol.

He fails his school year and undertakes a reckless life-style. He often flees from home, does drugs and engages in dangerous car races. He is totally unstable. Several of his friends of the time died before their twenties because of that life-style. Giuliano himself has a few life-threatening accidents, but he always makes it safe.

Eventually, he makes it to high school. He first wants to study mechanics, but his creativity and his keen sense of smell don’t fit in a garage, so he switches to a hospitality training institute, to pursue his passion for cooking.

Giuliano starts working in a local restaurant, and he soon goes from washing the fishes’ tanks to ideate first dishes and appetizers. It’s in there that he has first proofs of his talent, especially balancing the flavors even in the simplest dishes.

Adolescence goes by, until the next sour bite: he is called to attend military service. Uprooted from his life, Giuliano is a pretty lousy and rebellious soldier. During this time, his father gets badly ill. The transgressive life-style starts all over again. As a soldier, he leaves weapons unattended while he sleeps drunk and often tries to flee in the supply trucks. Due to that, at the end of his service he serves 15 days of military jail. He is still broken.

Despite his miserable experience, military service taught Giuliano how to behave and to work really hard for what he truly desired: to cook.

Giuliano does some research and ends up calling persistently the Allenatore Nazionale Cuochi Italiani (literally: National Trainer of Italian Cooks) – Giorgio Nardelli at the time – who helps Giuliano find a job in Augsburg, Germany.

The experience in Germany is incredibly educational: he starts as simple cook but ends up being the responsible of the kitchen. After that, he works for Hotel Villa D’Este, in Cernobbio.

In 1999, despite his first doubts, Chef Luciano Parolari takes Giuliano to work in his team. He learns what it means to work for famous people. In particular, he always has at heart when Madonna herself asked to talk to him because she was in love with his tagliolini al pomodoro!

Giuliano learns that in order to host professionally a large number of people, accurate planning and discipline are needed.

Giuliano is more and more eager to learn and create and discover the world.

So he takes the opportunity to work on a luxury cruise ship through the Caribbean. He has to work fast and hard to keep up with the work, but he has the opportunity to know chefs from all around the world, to experience new cultures and see majestic pure landscapes.

Back to Italy, he discovers what the Michelin Guide is, and sends his resume to lots of starred restaurants. The final choice is between Gualtiero Marchesi and Aimo e Nadia (two Michelin Stars each). He flips a coin – as his dad suggested – and ends up working at Il Luogo di Aimo e Nadia (literally: Aimo and Nadia’s Place). There, Giuliano learns how to carefully choose the right ingredients.

Unfortunately, during that period, he gets the most difficult call of his life: his father – badly ill for years – is about to die. But when he gets to the hospital, his father is already dead.

He gets mad, cries, and tries to inhale every bit of his father soul.

His father’s death makes Giuliano ever angrier at life and makes him eager for redemption. Giuliano swears he will do everything to make his life better than his father’s.

The sorrow is too much to bear, so Giuliano decides to try to run away from it.

He starts working for Marc Veyrat, one of the most successful chef worldwide and winner of several award from the Michelin Guide and Gault&Millau.

His first day of work was on May 3rd – his father’s birthday, he feels his dad is still near him.

At first, Giuliano’s job is to squeeze lemons – his renown love for sour taste – but soon he asks for more, he wants to learn, which is why Marc Vayrat decides to keep him closer. Working for Marc is not easy: he’s authoritative and unpredictable – he uses to smash his most precious ceramics on the floor if there is even the slightest imperfection or a spot on the dish –, and the work shifts are exhausting – dinner shift ends at 3 AM, but at 5 AM he has to get up and meet the chef to go picking up wild fresh herbs and vegetables at the mountain. It was extreme, but also significantly formative and Giuliano couldn’t be more grateful for that.

Even though his success is growing, Giuliano still feels upset and angry, he can feel his discomfort as an inner voice talking to him louder and louder.

Eventually, Giuliano understands that he has to take care of his sorrow.

That’s how Aqua Crua is born. In 2014, the chef decides to build his own healing place.

Aqua Crua: a restaurant, a refuge, a creativity lab, a sacred place to him. It’s a shelter and the place where he can make his thoughts “tasty”. He can finally try out new recipes and bizarre ways of cooking. If the world makes him feel unfit, the taste makes him feel whole.

Aqua Crua becomes an escalation of different impulses and passions and drives them towards the keystone of everything: taste. Which is why – behind the curtains – the chef is used to taste every new dish wearing a latex catsuit so that every other sense is numb and he can completely focus on Taste.

A year later, Giuliano wins his first Michelin Star and some other awards. He also works for some cooking shows: as a judge in TopChef Italia and as a guest in others.

As of today, Giuliano feels that the time has come for him to be freed from all kind of restrictions. Only allowing his creative madness and his true self to flow freely he can make his guests understand him and his cooking.